A Christian couple is suing a foster care agency for religious discrimination after it rejected their application based on their beliefs.

Byron and Keira Hordyk believe that homosexuality is a sin that people can “overcome”.

The agency told the couple they failed the “provide a safe living environment” test as a result of their religious views.

In 2017, the Hordyks applied to Wanslea Family Services in Western Australia to foster a child.

During the subsequent formal assessment, the agency asked the Hordyks how they’d respond to a foster child who identified at LGBTIQ.

They said that identifying as LGBTIQ is a sin, and as a result, they would help the child “overcome” it.

The agency subsequently rejected the application.

It told the Hordyks that their beliefs meant they couldn’t “provide a safe living environment”. 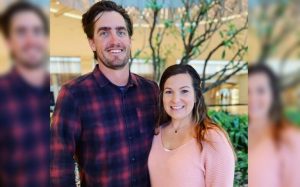 The couple subsequently filed a complaint in the state’s Equal Opportunity Commission.

However, the Commission dismissed the complaint on the basis that it “lacked substance”.

The Hordyks then took their complaint to the State Administrative Tribunal.

The couple argue the foster care agency breached the state’s Equal Opportunity Act by discriminating against them on the basis of religious belief.

They describe the requirements imposed by Wanslea as “unreasonable” and further, they claim the agency made no reasonable attempt to accommodate them.

Mr Hordyk, who admits he gets his ideas about human sexuality from the Bible, told The West Australian:

“We do feel we have been discriminated against.

“[We] also we felt that if we were quiet about this and didn’t say anything about it, it could potentially harm or limit any people with the same Christian values as ours from fostering.

“We stated it from the beginning. We’re not here to hide behind it. Everyone — particularly with a divisive issue — is afraid of being put into the realm of public opinion in a negative light.

“And my beliefs are strong enough that this might be my cross to bear.” 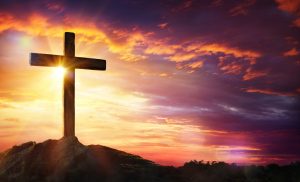 “Religious people can do enormous damage to the mental health of young people who identify as LGBTIQ,” he said.

“What on earth does this couple even mean by suggesting they will help a gay kid ‘overcome’ being who they are?

“Don’t they know state governments are moving to ban conversion therapy in Australia because it is so dangerous?

“Their understanding of human sexuality is eye-wateringly ignorant.

“Which is hardly surprising, considering they get it from a book written by people who didn’t know where the sun went at night.

“The Hordyks present a clear and present danger to any foster child who identifies as LGBTIQ.

“Therefore, this is not about discrimination, rather, it is about the protection of at-risk and vulnerable children.

“LGBTIQ foster children have the right to be protected from such ignorant and potentially dangerous people.”

The tribunal has a hearing scheduled to hear the case next month.