The boss of the Queensland Human Rights Commission is looking forward to the introduction of the new Human Rights Act.

Commissioner Scott McDougall says the Human Rights Act will come into effect in Queensland from next month.

At the same time, the current Anti-Discrimination Commission of Queensland will change its name to the Queensland Human Rights Commission.

The QHRC will be responsible for handling human rights complaints from the beginning of 2020.

However, it will also continue its role managing discrimination and sexual harassment complaints.

Queensland is the third Australian state with human rights protections, following Victoria and the ACT.

However, those jurisdictions do not have a dedicated complaints process.

Furthermore, it includes a complaints mechanism to be administered by the QRHC from 1 January 2020.

“The passing of the Bill is a great step forward for Queensland and really does make us a national leader in terms of human rights protections.” 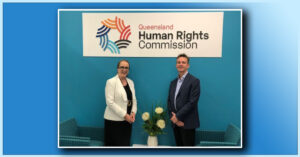 Commissioner Scott McDougall says during his career as a lawyer, thousands of his clients would have benefited from a human rights act. (Picture: AHRC)

McDougall said it will result in a stronger relationship between the parliament and the people.

“Before I came to the Commission, I spent many years working in the community legal sector.

“Over the course of my career, I would have seen hundreds, if not thousands, of our clients who would have benefited from a human rights act.

“This Act will extend protections to every person in Queensland, and give them ways to raise their concerns if they feel their rights are being trampled.

“This is definitely a cause for optimism and celebration.” 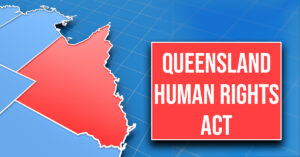 “Queenslanders to be protected by new Human Rights laws”