A court has awarded a woman $160,000 compensation for “extremely serious” sexual harassment at the hands of her boss.

Her legal representatives believe the amount is a record sum awarded to a sexual harassment survivor in Queensland.

However, the President of the Industrial Court later increased the sum substantially on appeal, describing the employer’s conduct as “disgusting”.

Perlita Golding, a mother-of-four originally from the Philippines, worked at the The Laundry Chute in Brisbane from June 2017 to August 2018.

The QIRC found Ian Sippel sexually harassed and also discriminated against her from the start of her employment.

For example, touching her bottom and offering to lend his lawnmower to her in exchange for sexual intercourse.

The Commission also found that on another occasion Sippel grabbed Golding’s groin through her clothes.

He then pushed her hand down the front of his shorts and put his hand down her pants.

Furthermore, the QIRC found Sippel regularly propositioned Golding for sex, then sent her home and withdrew working hours when she rebuffed him. 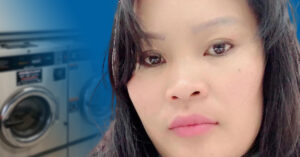 He set aside the $35,000 for general damages and aggravated damages, instead substituting an award of $130,000.

Justice Davis also set aside the award of $16,000 for economic loss and instead substituted $28,702.

He said the employer tormented Golding, leaving her with little choice but to “put up with him” because of her financial position.

“It was that reason why she tolerated his lewd and disgusting behaviour,” Justice Davis said.

“On every day she appeared for work, she knew the prospect was that she would be humiliated and demeaned sexually by him.

“That ultimately resulted in a diagnosed anxiety disorder causing her to be unable to work.”

“A previous case involving a solicitor named Hughes set the benchmark for sexual harassment compensation in the hundreds of thousands of dollars,” he said.

Mr Dryley-Collins advised anyone who has experienced harassment or discrimination to seek urgent expert advice from an employment law specialist. 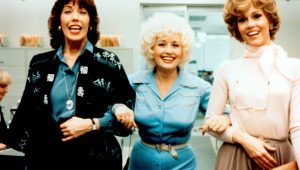 Can you be refused a job because of your tattoos? The simple answer is -…