A high profile amputee has shared an awful story about the way she was treated at a Brisbane café.

Despite the cruel behaviour of staff, experts say the incident doesn’t amount to unlawful impairment discrimination. 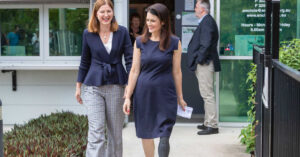 Former journalist and Labor hopeful, Ali France, had her left leg amputated above the knee following an accident in 2011. (Picture: ABC)

Former journalist and Labor hopeful, Ali France, had her left leg amputated above the knee in 2011.

An out-of- control car driven by an elderly driver pinned her against another car in a shopping centre carpark.

She almost bled to death after the crash severed her femoral artery.

France hesitated to tell the story of her experience in the café, but eventually decided to do so on International Day of People with Disabilities.

“Because there’s always someone in the disabled bay without a permit, someone pushing ahead of a wheelchair in a queue, someone in a disabled toilet who shouldn’t be there and a guy who says you just need to get up and leave.” 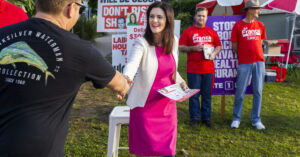 France hesitated to tell the story of her experience in the café, but eventually decided to do so on International Day of People with Disabilities.

In a Twitter thread, France explained that as a result of recent surgery, she is using an electric scooter to get around.

On 21 November, the mother of two had been shopping at Indooroopilly Shopping Centre with her children.

They stopped at Jamaica Blue café to buy hot chocolates, however, the café was so busy, she couldn’t get the scooter inside.

France sent her eldest son inside to order the drinks while she waited outside.

She then got out of the scooter and sat at a table with her youngest son – and that’s when the trouble started. 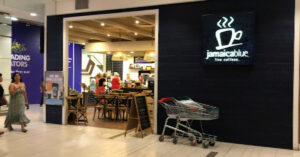 A Jamaica Blue waitress told Ali France she couldn’t sit at the table unless she ordered something.

A waitress told her she couldn’t sit at the table unless she ordered something.

“I said I’d had surgery, was an amputee and wanted to stay while waiting for the order.”

The waitress then left and returned with a man who also said they had to leave.

“I BEGGED him to let us stay until the order arrived, said I’d just got outa (sic) hospital. He said if I didn’t move he’d call security.

“I looked at the family next to us who were firmly in their seats and weren’t being asked to move.

“I said go ahead call security, we’ve just bought hot chocolates from you and they are yet to be delivered.

“He then said how dare you, if you are asked leave you leave. He walked off.”

The man later returned telling France she had to order food to sit at the table.

Security subsequently arrived and told France she had to leave.

“There were lots of people watching around us, staring. I hadn’t even had a chance to take a sip of the hot chocolate. I got back into the scooter SOBBING.

“We were escorted out.” 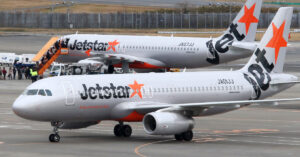 Chose to be cruel

France said staff at the café could easily have let her sit at the table.

“They could have let me sign the COVID form, they could have waited 10 min. The café wasn’t closing for another hour. They chose to be cruel.

“It’s not often that I fight my corner but it left me in pieces, distraught.

“Because while it was just one terrible encounter of many, it won’t be the last.

“Today on #IDPWD I think we need to speak about them. We need to call #ableism out.

I’ve questioned whether 2 tell this story as theres a sense of shame in it.

A terrible sinking feeling that in some way I may have been at fault, I embarrassed my kids, I couldve done things differently.

“In this case, it seems that the rule about not sitting at the table applies to all customers – including those with an impairment.

“Therefore, it is unlikely that Ms France will have a claim for unlawful impairment discrimination.

“Don’t get me wrong, the behaviour of the café staff was appalling, but it was not unlawful.” 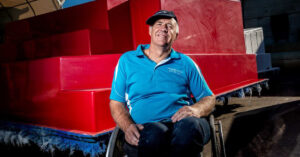