Patten accuses the Victorian government of “turning a blind eye” to blatant religious discrimination which excludes non-believers from acting as counsellors.

The Victorian Legislative Council member is therefore introducing a Bill to force state schools to abide by anti-discrimination laws. 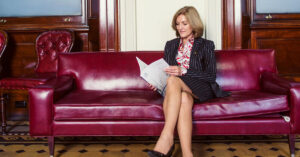 Fiona Patten is introducing a Bill to force state schools to abide by anti-discrimination laws.

The program has subsequently expanded and now receives hundreds of millions of dollars in taxpayer funding.

The chaplains are recruited by external third party contractors that require applicants to be Christian.

However, Patten said the Education Department’s own guidelines state that “chaplains may be from any faith or of no faith”.

“Public school staff should be hired on merit. Religious affiliation should be irrelevant.

“Yet all of the provider organisations that the department contracts to hire chaplains, bar possibly one, will only hire Christians.

“If you’re a Muslim, Hindu, Jew or atheist, you will not meet the key selection criteria to apply for these jobs in our public school system.”

Patten’s Bill requires state schools to hire counsellors directly, rather than through external contractors, thereby forcing them to abide by anti-discrimination laws.

“The department might be willing to look the other way when its contractors tell potential job applicants, ‘Sorry you don’t have a reference from a church minister’.

“But, Victorian public schools would never themselves put out a job ad saying ‘Christians only’”.

Patten said despite her qualifications, recruitment agencies refused to employ Armstrong as a result of her atheism.

“Even though she had post-graduate qualifications as a counsellor and even though she had years of experience as a school chaplain, she was unable to apply for a job because she did not have a Christian affiliation.” 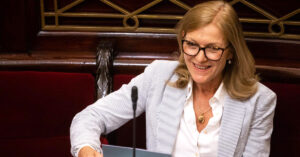 Patten’s Bill requires state schools to hire counsellors directly, rather than through external contractors, thereby forcing them to abide by anti-discrimination laws.

Government will fight the bill

Meanwhile, the Victorian government is indicating it will fight Patten’s Bill.

He said that chaplains hired under the scheme perform valuable work for students in addition to wider school communities.

However, Patten said the department should comply with state equal opportunity laws which require employers to not discriminate. 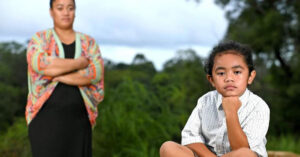 People with disabilities are starting their own businesses to avoid discrimination, according to a new…