The Sex Discrimination Commissioner made the comments during a webinar hosted by the Australian Institute of Company Directors this week, reports Guardian Australia.

She stopped short of calling for such agreements to be banned, however, she said they should not be standard practice.

Jenkins admitted that when she previously worked as a corporate lawyer, she regularly drafted confidentiality clauses in settlement contracts to silence sexual harassment victims.

However, when the Harvey Weinstein scandal broke, she described having a “lightbulb moment” about non-disclosure agreements.

She said the case showed NDAs can allow perpetrators to continue or even escalate their unlawful conduct.

“The Weinstein thing really exposed that,” Jenkins said. “If you’ve got a really good system of non-disclosure agreements, then someone can proceed, that was at the extreme, but it’s true, to be raping people.” 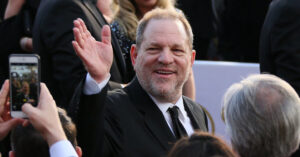 Kate Jenkins had a “lightbulb moment” when the Harvey Weinstein scandal broke.

Victims left to suffer in silence

Jenkins said she had spoken to victims who felt they could not discuss their trauma with anyone, including other people who had been harassed, or mental health professionals, or even with their husbands or partners.

“There was this silence, even if you needed help you weren’t talking to anyone [out of] fear. That is ridiculous.”

She said people drafting settlements were treating the resolution of a dispute as “a commercial transaction … treating it as if, well, I’ll give you money and you’ll give me silence”. 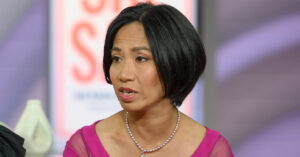 Rowena Chiu revealed the devastating impact an NDA had on her life.

The high price of silence

Previously, one of Weinstein’s victims, Rowena Chiu, revealed the devastating impact remaining silent had on her mental health.

Weinstein raped Chiu in his hotel room during the Venice Film Festival in 1998.

Lawyers for the Hollywood producer subsequently made Chiu, and her colleague Zelda Perkins, sign non-disclosure agreements in exchange for a cash settlement.

Chiu kept her secret for two decades – not even telling her husband.

“I found it an impossible burden to bear really,” Chiu told the Canadian Broadcasting Corporation.

“And it came to the point where I tried to kill myself a couple of times. And I really felt I was never going to get away from the secret.”

Jenkins said perpetrators who are permitted to remain anonymous through NDAs can develop a sense of impunity.

That can then create risks for other co-workers in the future.

“Some of these settlements, like Weinstein, are serial offenders continuing on, with glowing references, and [confidential settlements] allowed them to continue.”

Corporate boards need to do more

Jenkins also believes too many corporate boards don’t try hard enough to make themselves aware of inappropriate conduct in their organisations.

She said waiting for complaints to surface is completely inadequate.

She called on boards to take a more proactive approach, including asking for information about NDAs.

“Boards have a view that we can’t regulate culture, that this is a management issue, that HR should be dealing with this,” Jenkins said.

“The time has come for this hands-off approach by boards to end. Boards are central to the change required”. 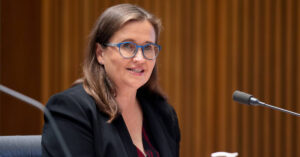 Kate Jenkins said perpetrators permitted to remain anonymous through NDAs can develop a sense of impunity.

He said it should be up to the individual to decide what they want to do.

“While a non-disclosure agreement or confidentiality clause does have the effect of protecting an employer or a perpetrator, it is still more important that the individual who has suffered sexual harassment choose if they want those circumstances to be kept private or not,” Mr Dryley-Collins said. 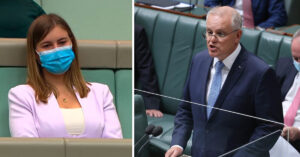 A bartender slapped on the bum twice by the venue's owner has negotiated a $20,000…