It’s not the first time the consumer magazine has exposed the app for charging different users different prices.

In August 2020, Choice found Tinder had been charging some older users five times as much as younger users.

Despite the latest findings, the company categorically denies it’s engaging in age discrimination. 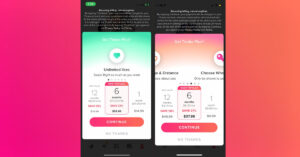 Tinder is a free app, however, users can pay a monthly or yearly subscription fee for extra features, such as being able to see who wants to match with them.

Two years ago, Choice used 60 mystery shoppers to sign up to the dating app to conduct the research.

In comparison, the dating app charged city-based straight men over 50 the most – $34.37 a month.

Choice also found the price range for people under 30 was generally lower than for people over 30. 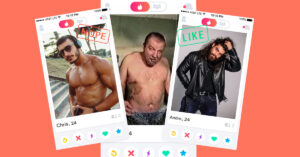 The Choice research led to a global investigation by Consumers International and online rights group the Mozilla Foundation.

It found Tinder quoted different prices to different users in India, South Korea, the US, the Netherlands and New Zealand.

The investigation found Tinder quoted up to 31 different prices within a single country.

However, a Tinder spokesperson disputed the findings:

“Tinder has never factored in sexual orientation, gender identity or any other demographic characteristic to our pricing.

“Any reporting or inference that we do this is patently false and outrageous.” 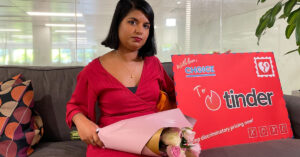 Choice is continues its campaign for fair pricing on dating apps.  (Picture: Choice)

In February 2022, Choice found Tinder is continuing to charge older users more for ‘Tinder Plus’.

The data shows people under 30 paying three times less than people over 30.

Tinder says it offers some users “promotional rates” based on a variety of unspecified factors.

However, Choice policy adviser Amy Pereira said it is “extremely problematic” for a company to charge people different prices without explaining why.

“Discounts are fine, but only when you tell people that they’re getting a discount for the specific reasons,” she said.

“You know, we love cheap student tickets on a Monday night for the cinema, so long as you’re telling people, ‘Oh, only students are eligible for this’.”

But in the case of Tinder, nobody outside the company knows specifically how subscription fees are determined.

This is because it is not transparent about its pricing and algorithms.

Previously, Tinder paid a $A24 million class action settlement for age discrimination in the United States.

Tinder user Lisa Kim filed the claim, accusing Tinder of charging her and other users twice as much because they were over the age of 29. 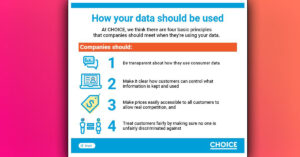 Choice is calling for Tinder to be transparent about how and why they charge different prices for the same product.  (Graphic: Choice)

A Tinder spokesperson claimed the company has ended age-based pricing in Australia, the US, the UK and Brazil.

And furthermore, the company says it is committed to ending the practice in the rest of the world later this year.

“The evidence shows Tinder is continuing to charge older people more to use their premium services,” he said.

A construction company and a recruitment company have been penalised a total of $29,000 for…