A petition calling for a ban on Drag Storytime at Brisbane’s public libraries is full of signatures from people in other states.

The Australian Christian lobby started the petition following a recent protest at a Drag Storytime event.

“Exactly 60 percent of the first 200 signatures came from places other than Brisbane,” Ms Rogers said.

“They have people signing from as far afield as Perth in Western Australia and also Geilston Bay in Tasmania.”

To illustrate the point, Ms Rogers highlighted the names of people who signed the ACL petition who don’t live locally.

She subsequently published the results on the QNews website. 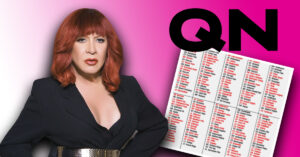 QNews Editor at Large Destiny Rogers found 60 percent of the first 200 signatures on the Christian Lobby’s petition came from places other than Brisbane.

The Brisbane City Council has also come under fire for publishing the Christian Lobby petition.

Johnny Valkyrie, one of the drag performers targeted by the protesters, said the petition amounts to unlawful sexuality vilification.

“I believe in freedom of expression, its full legal, social and moral importance, which is simultaneously inextricable from responsibility and therefore consequence.

“However, there are differences between expression and vilification.”

QNews has launched a rival petition calling for Drag Storytime events to continue, however the magazine only want Brisbane residents to sign.

“At QNews, we believe signatures from people who actually live in Brisbane and use the libraries carry more weight,” Ms Rogers said.

“While we remain grateful to non-residents who care so deeply they signed anyway, we prefer signatures from people directly affected by the outcome.” 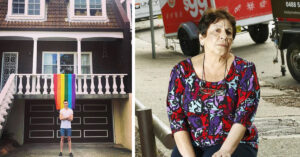 Transgender man tells inquiry – ‘We deserve the dignity of being known’