Millions of workers will be entitled to 10-days paid domestic violence leave following a decision by the Fair Work Commission.

Newly-elected Prime Minister Anthony Albanese has committed his government to legislating the leave for all Australian workers.

Last week, a full bench of Fair Work Commission held workers employed under modern awards should be able to access the leave on a yearly basis at their base rate of pay:

“Family and domestic violence is a ubiquitous and persistent social problem.

“While men can, and do, experience FDV, such violence disproportionately affects women. It is a gendered phenomenon.

“We have concluded that the merits strongly favour a paid FDV leave entitlement.”

One in four women

The Commission heard that from the age of 15, one in 4 women, compared to one in 13 men, experienced at least one incident of violence by an intimate partner.

“In comparison to women with no experience of [family and domestic violence], women experiencing or who have experienced FDV have a more disrupted work history; are on lower personal incomes; have had to change jobs frequently; and are more likely to be employed on a casual and part-time basis.”

Labor spokesperson Jenny McAllister said her party has been advocating for 10-days paid leave as a universal entitlement since 2017.

“Unions, business groups, and victim-survivors all support it. Now the Fair Work Commission does too,” she said.

The Coalition voted against a move by Labor in the Senate to insert 10 days’ paid leave into the [email protected] legislative amendments in September.

Prime Minister Albanese previously committed to introducing legislation to make the leave available to all workers.

ACTU president Michele O’Neil described the decision as a “historic win and a generational achievement for millions of women who have fought for this against the resistance of this and previous Coalition governments”.

“Already this year 18 women have been killed by their current or previous partner. Access to paid family and domestic violence leave saves lives. No worker should ever have to choose between their income and their safety,” she said. 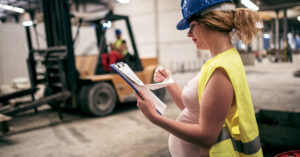 She told the National Summit on Women’s Safety that poor support for victims is a key barrier to women’s full economic participation.

“We think we should work towards this being universal entitlement, it should not depend on who your employer is,” she said.

“We know there are huge transition issues here for small business, and they’re going to need extra assistance.

“What we would like to see, coming out of today, is government unions, business, setting up a working group to actually work through how you would do paid domestic violence leave.”

“People experiencing domestic violence need time off work for a number of reasons,” he said.

“They might need to arrange alternate accommodation, or to meet with police or lawyers, or to rearrange schools or childcare.

“That’s why this leave is important – women and men experiencing those pressures don’t also have to worry about earning money to pay bills and put food on the table.”