The majority of Australians don’t believe people with religious beliefs face discrimination, according to a new study.

The findings come as Prime Minister Anthony Albanese confirmed his government has no immediate plans to introduce any new religious discrimination laws.

The three academics subsequently wrote about their findings in The Conversation.

They confirmed that voters do not consider religious discrimination a significant issue.

Only a minority (27%) agree that “Australians who hold religious beliefs face a lot of discrimination. 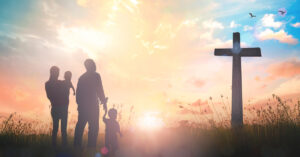 Similarly, a majority of those surveyed believe religious schools should not be granted exemptions allowing them to discriminate.

The ACES asked voters a series of questions about religious schools in addition to conditions for staff and students.

A clear majority (67%) disagreed that “religious schools should be able to refuse to employ staff based on their sexual orientation”, compared to only 15% who agreed.

Meanwhile, almost identical results were reported for the statement about refusing to “employ staff because of their transgender identity” (65% disagreed compared to 16% who agreed).

Voters also disagreed by very similar margins that religious schools should be able to “exclude students based on their sexual orientation” or “their transgender identity”.

“He defended the Liberal candidate for Warringah, Katherine Deves, whose views on sports and transgender identity generated backlash against the Coalition.” 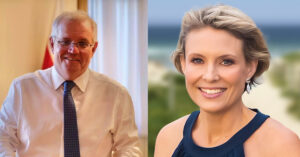 Indeed, 39% of respondents agreed that “Australian politics is too focused on the rights of religious people”.

Only 21% disagreed with the statement, and 40% expressed a neutral view.

“US-style religious politics appear to have limited appeal in a country with a growing distance from organised religion.”

Finally, the trio noted that last month’s Census results showed 39% of Australians do not identify as religious.

“Australians appear on board with sexual and gender diversity. They reject protections for religious organisations to exclude people from employment and schooling on these bases.

“No doubt the Albanese government will be weighing this reality as it considers its next steps in addressing religious discrimination in law.”

If you have experienced sexual harassment, we can help.