Two veteran flight attendants dumped for younger blondes claim United Airlines discriminated against them on the basis of age.

Both flight crew are over the age of 39 and are suing the airline in a Californian court, reports USA Today.

They want compensation in addition to punitive penalties. 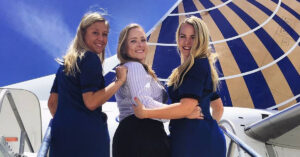 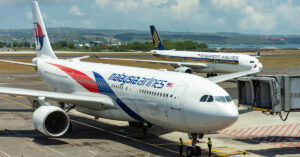 One of the plaintiffs is Kim Guillory, a black woman who has worked at the carrier for 28 years.

The other plaintiff is Sharon Tesler, who has worked for United for 34 years.

She described the alleged discrimination as “dehumanising” and also “demoralising”.

Both Guillory and Tesler claim the airline “repeatedly denied” them the opportunity to work the “plum assignment” flights.

The pair also allege supervisors told them they are not on the “preferred” list for the shift.

“Every time a new flight attendant was added to the crew that they all look like sisters, they were all white female and blondes, and I thought, well that’s strange.

“I’m based in San Francisco, and you’ll be hard-pressed to find all-white, blonde females considering that San Francisco is one of the more demographically diverse group of flight attendants.” 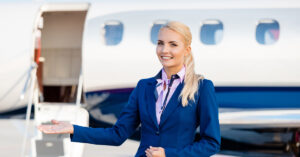 They can also end up with sort-after tickets to games, for example, playoffs and the Super Bowl. 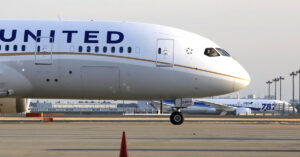 A spokesperson for United Airlines denied the airline discriminates based on age.

Meanwhile, a spokesperson for United Airlines denied the company discriminates based on age.

Furthermore, they noted the company’s commitment to diversity and inclusion.

“The flight attendants included in our sports team charter program are largely representative of our overall flight attendant population in regards to age and also race.

“Importantly, flight attendant eligibility to work a charter flight is based solely on performance in addition to attendance and has nothing to do with age, race or gender.” 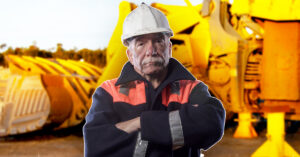