Ellen DeGeneres wants to quit her long-running talk show after mounting allegations of a toxic work culture, according to insiders.

“She feels she can’t go on and the only way to recover her personal brand is to shut down the show,” the insider said.

Last week, WarnerMedia launched an investigation into allegations of a “toxic work culture” on The Ellen DeGeneres Show.

As a result, Ellen sent a letter to staff, however, she seemed to blame others for the problems.

“As we’ve grown exponentially, I’ve not been able to stay on top of everything and relied on others to do their jobs as they knew I’d want them done. Clearly some didn’t.

“That will now change and I’m committed to ensuring this does not happen again.” 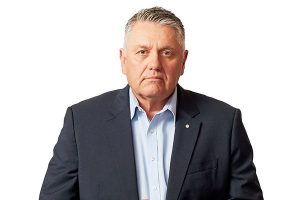 Dozens of former staff speak out

However, just hours after Ellen sent the letter, dozens of former staff spoke out in a shocking new Buzzfeed report.

Most of the allegations involve head writer and executive producer Keith Leman.

A number of young male staff say he groped and propositioned them.

While a number of celebrities have spoken out in defence of DeGeneres, plenty have slammed the star’s behaviour.

“Know more than one who were treated horribly by her. Common knowledge”.

Sorry but it comes from the top ⁦@TheEllenShow Know more than one who were treated horribly by her.⁩ Common knowledge. DeGeneres Sends Emotional Apology to Staff – Variety https://t.co/D0uxOgyyre

No excuse for bad behaviour

“Everyone has the right to a safe workplace, and to also not be subjected to bullying, sexual harassment or discrimination of any kind,” he said.

“It’s sad to think that Ellen’s on-air persona may not match the real-life person.

“It’s also sadder to think that so many young keen staff on the show have allegedly been subjected to such appalling conduct.”