An employer has posted a job ad telling dark-skinned people they need not apply.

The post sparked outrage in the African and Indian communities, and, as a result, the company has now removed it.

Melbourne-based Absolute Care and Health posted the advertisement on the Indeed.com job website.

“We request no dark-skinned (Indian or African) applicant apply for this role.”

Additionally, it went on to say this is the result of a “client request”.

Meenu Chandran, a social worker who has worked in the disability care sector, reported the ad to the Australian Human Rights Commission.

“I felt really, really angry when I saw the ad. It is outright discriminatory.

“I was thinking that people would learn from what is happening in the US with (George) Floyd case, but they didn’t.” 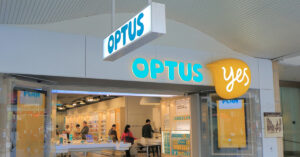 Barbara Ould, the chief executive of Absolute Care and Health, has subsequently apologised for the ad, which she admits is discriminatory and offensive.

“On 22nd June, we published a job advertisement which regrettably contained information that was discriminatory and has caused offence.

“We are deeply saddened and sorry for this unintentional, serious error and for the offence and distress it has caused.

“It happened as a result of an extreme failure in our internal processes and we are so very deeply sorry for the offence and distress that our error has caused.

“As soon as we discovered that the advertisement had been posted, we:

quickly removed it; published an apology on our website; apologised personally to those who had viewed the advert and those who contacted us with their concerns; and, started an investigation as to how it happened.”

“It is unlawful to discriminate against someone based on their race or ethnic origin in employment, which includes during recruitment,” he said.

“This ad is illegal, so I’m not surprised the company took it down so quickly.”