The simple answer is – yes, according to discrimination law experts.

Anti-discrimination legislation does not offer protection for appearance, including tattoos and piercings.

However, if a person can prove their body ink is linked to their race, ethnic or social origin, then they might have a case.

A small tattoo cost Ryan Banting the chance of a job with the Western Australian police force.

The former serviceman had the words “Lest We Forget” tattooed on his neck after spending six years in the Australian Defence Force.

He told The West Australian the tiny ANZAC tribute reminded him and his family and friends to be grateful for their freedom.

He never expected it to impact so severely on his future career prospects.

“It’s only small black letters, I’ve also got a tattoo on each forearm with the names of my daughter and my son and their birth dates and there’s nothing offensive about them.”

Instead of removing the tattoo, Banting called on WA Police to change its tattoo policy.

“If you go on the (WA Police) website to apply there’s nothing on there that states if you have tattoos, don’t apply.” 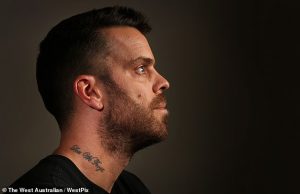 WA Police refused Ryan Banting a job because of his neck tattoo. (The West Australian)

According to the WA Police body art policy, it will not consider applicants with tattoos in a prohibited form or location.

For example, the face, neck and hands.

“The policy specifies prohibited forms of visible body art for all employees, and includes the location, the nature and meaning of the tattoo, as well as the extent of the visible body art.

“Broadly, body art should not be offensive, culturally insensitive or otherwise inappropriate, and should not detract from the professional image of the employee.”

The Australian Defence Force also has a policy on tattoos and body piercing.

Tattoos and/or brands are prohibited on the face of people wishing to join the ADF.

The army will not accept applicants with tattoos on the face, which it considers to include the scalp, ears and neck.

It also prohibits recruits having tattoos on their hands.

What the law says

According to the Queensland Human Rights Commission, physical appearance is not a protected attribute in Queensland.

This means an employer can refuse to employ you because you have:

However, it is unlawful to refuse to employ someone because of a physical feature associated with an impairment or disability.

For example, a scar or a disfiguring mark or disease.

It is also unlawful to discriminate against a person based on their race, or ethnic or social origin.

Air New Zealand recently announced it is ending its longstanding ban on staff having visible tattoos.

Some New Zealanders of Maori heritage have tattoos on their face representing genealogy and are considered culturally sacred.

However, Air New Zealand’s uniform rules had previously banned them from applying for many roles, including flight attendants.

Many culture and rights advocates described the policy as discriminatory.

They noted the airline draws on the Maori language in its marketing campaigns.

It also uses a fern-like symbol known as a “koru” on its logo and on the tail of its planes.

Chief executive Christopher Luxon said the policy will be dropped and non-offensive tattoos will be permitted. 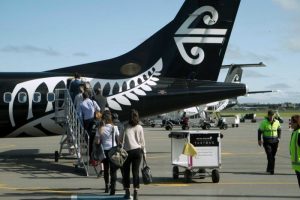 “I’m extremely proud to be making this announcement.

“It reinforces our position at the forefront of the airline industry in embracing diversity and enabling employees to express individuality or cultural heritage.

“We want to liberate all our staff, including uniform wearers such as cabin crew, pilots and airport customer service teams, who will, for the first time, be able to have non-offensive tattoos visible when wearing their uniforms.”

People with disabilities are starting their own businesses to avoid discrimination, according to a new…